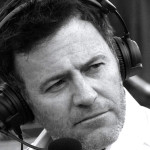 I’d like to welcome everyone to a site that I hope will be informative, helpful and fun. I have a ton of knowledge in the area of racquetball to share with you all. My team and I hope to bring you breakthroughs in live video instruction, a Cliff Swain channel and other high tech ways to connect to my friends and fans. I hope to be, with your help, amassing a large collection of pictures and match play video for an archive. Please feel free to comment on what you would like to see here, I welcome your input.