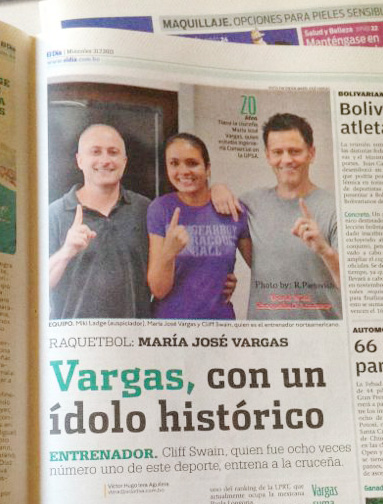 Mr. Swain’s training of Maria Vargas has reached the media outlets in South America! (El Dia) I don’t speak spanish but there seems to be a lot of good things said! Check the article HERE